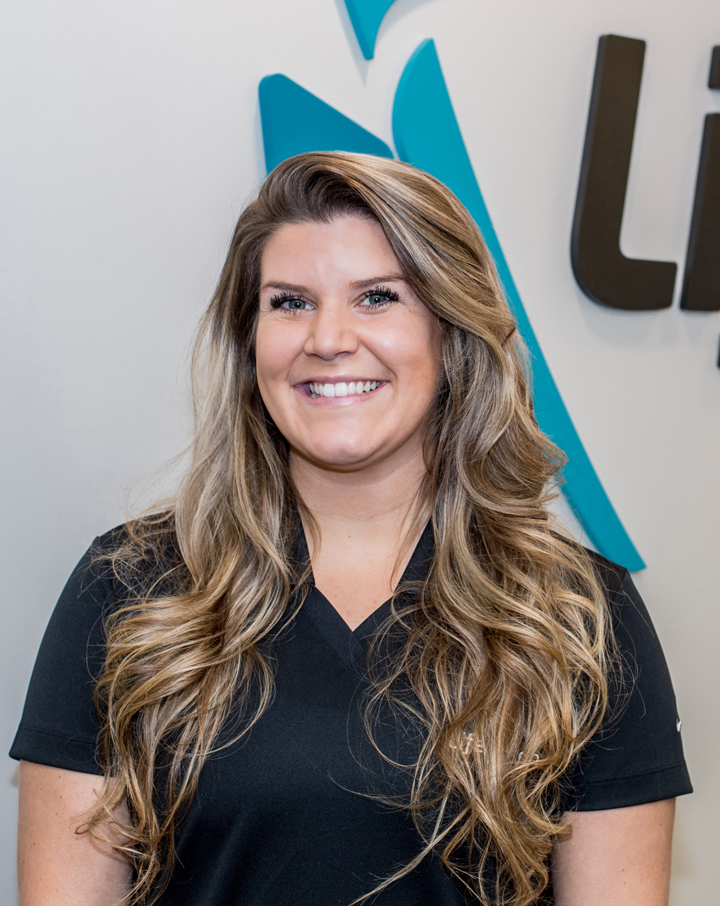 Leisha Fowler began her education at the University of Tulsa and graduated with a Bachelor of Science degree in Exercise and Sport Science in 2013. Following graduation, she gained experience as she worked as a Physical Therapy Technician in an outpatient clinic.

Leisha graduated from Tulsa Community College with her Physical Therapist Assistant degree in 2021. One of her clinical experiences during her time in school was at LifeMotion, where she gained a special interest in treating patients with concussions, vestibular conditions, and balance issues.

Leisha enjoys spending her free time running, being outdoors, and cheering on her favorite local teams – the University of Tulsa Golden Hurricane and the FC Tulsa.

When something’s meant to be, the pieces just fall into place. It’s a law of the universe that seems written for Physical Therapist Assistant, Leisha Fowler.

After graduating high school, Leisha went to The University of Tulsa to earn her Bachelor of Science in Exercise and Sports Science. After that, she worked as a Physical Therapy Tech. It was a good experience, and she found the work easy enough. Before long, Leisha found herself comfortably stuck—until her boyfriend Steve spoke up.

“He said I was too smart to stay where I was,” Leisha says. “‘You’ll get into whatever program you apply,’ he told me.”

He would know. Their friendship began in high school, where they were both active in sports. Steve went on to play in college and even semi-pro. Though Leisha says, he believed she was the better athlete.

So, she took Steve’s advice and completed the Tulsa Community College Physical Therapist Assistant program. The pieces started moving for her again.

“One of my last clinical rotations was with Holly Thompson here at LifeMotion,” Leisha says. “On my last day, she asked if I wanted to interview with Ryan Smith.”

Leisha’s been here ever since.

“I couldn’t sit at a desk—I’d go crazy,” Leisha says. “I like the people, the pace, and helping patients.”

That’s especially true where concussion therapy is concerned. It’s a new challenge every day for Leisha as she happily gets to know people, helping them move, and showing them how to work properly.

“I love it here; sometimes I think, ‘I’m really doing this,’” Leisha says. “This is what was meant to happen.”

We’re just glad the pieces fell into place for her here at LifeMotion.