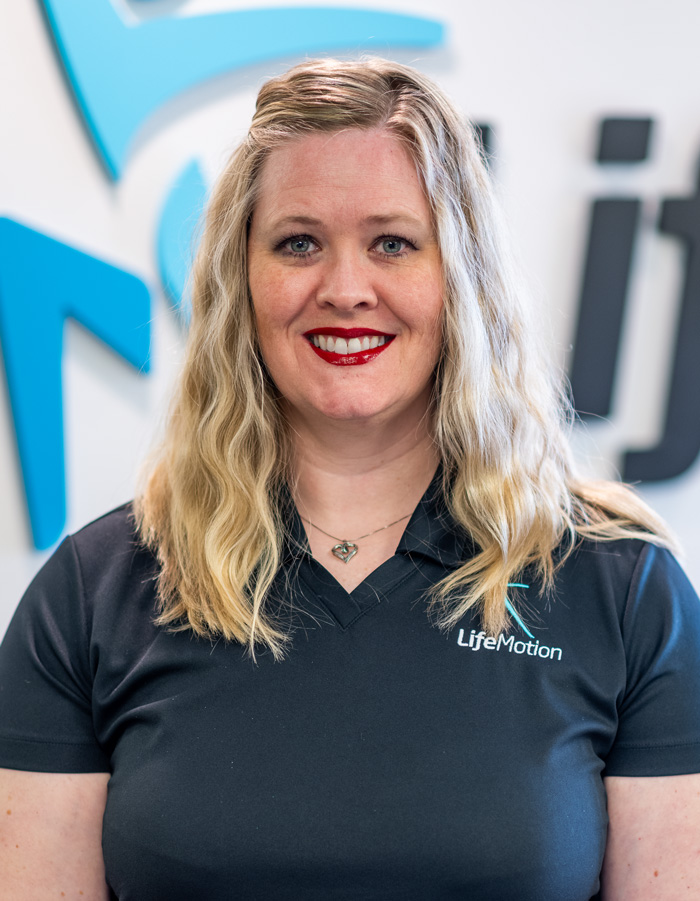 Dr. Megan Bojko, PT, DPT, PCES, graduated from the University of Oklahoma Health Sciences Center in 2013 with a clinical doctorate in physical therapy. She is certified in pregnancy and postpartum exercise, as well as rehabilitation for barbell sports. She specializes in the area of pelvic rehabilitation, including pelvic floor dysfunction, chronic pelvic pain, low back pain, hip pathology, SI joint pain and instability, and core weakness. Dr. Bojko is also an active member of the American Physical Therapy Association as well as the Global Pelvic Health Alliance, and is passionate about continuing to build her knowledge base.

Prior to her career as a physical therapist, Dr. Bojko earned her bachelors degree in kinesiology from the University of Central Oklahoma. She owned and operated her own personal training business as a National Academy of Sports Medicine certified personal trainer. She also coached volleyball at the grade school, middle school, high school, and club level for seven years, making appearances at the Oklahoma State High School Championships and the Junior National Championships.

Explore Our Services   Read Our Reviews   What To Expect

Going the distance is a way of life for Megan Bojko. It’s not just who she is, it’s how she came to join LifeMotion.

Once upon a time, Megan was on a path to ministry and theology at Southern Nazarene University. While deep in prayer, however, she felt a calling to biology, anatomy, and physiology—subjects in which she excelled during high school. So, with her parent’s support, she chose a path that ultimately led her to LifeMotion.

Megan studied kinesiology at the University of Central Oklahoma and completed her Physical Therapy studies at Oklahoma University. Along the way, she gravitated toward women’s health. But, Megan wanted a change of scene. She left Oklahoma City for Tulsa, where she admits fate took a hand.

“I found Ryan on a Google search,” Megan says. “I spent a couple of afternoons to check the fit and liked the way he interviewed me.”

Megan’s interest in women’s health enabled Ryan to expand those services at LifeMotion. For her part, Megan traveled to Chicago for continuing education on Pelvic Floor.

“I knew THIS was for me,” Megan admits. “I started practicing immediately and continued educating myself ever since.”

“I love working with women after pregnancy because I feel they’re underserved,” Megan says. “After carrying a baby for nine months, delivery is trauma.”

Many issues can arise when going back to daily life too soon. Megan helps clients get back in full motion safely, without symptoms—even when that includes returning to running marathons.

It’s that distance thing with Megan. An accomplished powerlifter, cross fitter, and avid hiker, she loves lacing up—even when that means a leap of faith—like a blind date.

“A mutual cross-fit friend set us up,” Megan admits of meeting her husband, Tony. “Neither of us had an interest in going, but we did.”

Conversation over that first dinner sealed the deal because it touched two topics deep in her heart: Jesus and The Green Bay Packers. It helps that he also enjoys adventure hiking. So, naturally, they two spent their first eight months together training for a Grand Canyon Rim-To-Rim hike.

“We’d FaceTime at night and train on weekends,” Megan remembers. “He was signed up for the Oklahoma City Group. Meanwhile, I was waitlisted in Tulsa.”

What she didn’t see coming was Tony’s proposal.

“It happened a mile and a half in,” she says. “Everyone but me knew it was coming except me.”

These days Megan continues expanding her studies in women’s health and hiking with Tony because going the distance is her only way.